Learn more about how our Jabil employees are empowered to be their best self, living our culture and making a difference every day. 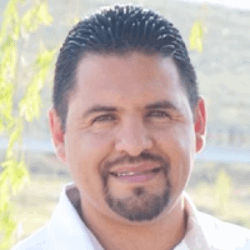 From Mexico to Memphis: Leading with an Open Mind

Born and raised in Chihuahua, Mexico, Mario Bejarano uses his Latin heritage, resiliency, focus and passion to lead his team at Jabil’s Memphis, Tennessee, site. After moving to the United States, there was a huge cultural shift in his and his family’s life.

“The first six months were very hard, especially for my oldest child, who had to change schools, meet new friend groups, find new after-school activities, and more social changes. For my wife and I, it was things like learning new laws, understanding cultural expectations and social interactions, expanding our literal taste – in food.”

While physical change is difficult on its own, there’s also the mental shift of losing connection to one’s larger family, daily reminders of traditions, and overall lifestyle. For Mario, though, he wasn’t going to lose his Mexican heritage just because his address changed. "I share with those around me stories from Mexico, traditions my family practices, and enchiladas are still a staple dish in our household."

Mario uses his experiences of living a multi-cultural life to help lead others, bringing resiliency and an open-mind philosophy to his work.

Now an Assistant Operations Manager in Memphis, Mario began his career in industrial engineering at Jabil Chihuahua, following a diverse path that led from engineering to Lean to production. He’s worked closely with people across more than seven countries, balancing many cultures on a working team.

“There’s no magic formula.”
Mario leads and encourages his teams to “always have an open mind when you work with people who are ‘different’ from you or who may not seem to have anything in common with you. At the end of the day, they are ‘people’ just like you.”

Having personally blended two cultures together in his life – Mexican and American – Mario supports an inclusive culture among any team he works with in and out of Jabil.

Mario offers advice for how to interact with someone who doesn’t look or sound the same as you: “Don’t judge before you talk with them; really talk and listen. Allow yourself to learn from them. It’s only then where the results of an inclusive culture can be seen: successful collaboration and authentic teamwork."

Impartation is a Powerful Tool

Each of us has something within to impart others empathy, understanding and justice that helps them reach their potential.

Not ready to apply? Join the Jabil Career Network!

Learn about upcoming career opportunities and events at Jabil